NLR offers ballast recycling for those states and municipalities that regulate the waste along with their lamps and lighting fixtures. NLR recycles PCB and non-PCB ballasts to make sure PCB’s and other hazardous compounds stay out of the environment. PCB’s are a class of chemical known as polychlorinated biphenyls. They are highly stable compounds, which are entirely man-made, and do not occur naturally. Because studies show these compounds are toxic to humans, fish, and birds ballasts are regulated as universal waste. The EPA moved to prohibit the manufacture of PCB ballasts after 1979. However, since lighting ballasts have a long useful life there are still many PCB ballasts in circulation.

Even ballasts marked “No PCB’s” can still contain chemicals with hazardous characteristics. That is why NLR recommends ballast recycling regardless of labeling. Besides removing dangerous elements, this enables the reuse of any valuable components of the ballast.

NLR recycles non-PCB or no PCB ballasts including electrical ballasts and other ballast types.


Contact us for more information about
our recycling services.

Our prepaid mail-back program is safe,
easy, fast, and secure.


Speak directly to a member
of the NLR team

Have a recurring stream of universal waste? Enjoy the convenience
of an email or call-in to schedule a pick-up, or set up recurring weekly
or monthly pick-ups. Recurring pick-ups can be automatically scheduled,
no phone call required. Let, NLR’s fully licensed and permitted fleet
of vehicles and drivers safely transport your universal waste. Recycling
universal waste doesn’t have to be a burden. We do pick-up right.

Our BakPak program is as simple as pack-ship-done. We pre-label
all containers identifying your location. No additional administration
is required by the customer. Just pack the container and
call FedEx for pick-up. 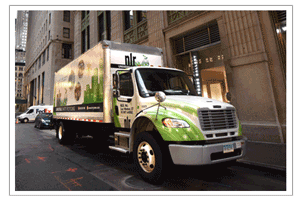 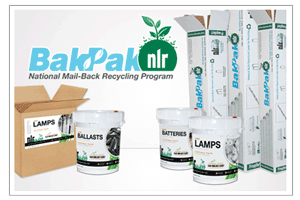 More About The Dangers of PCB’s

At one time PCBs were common components of hydraulic fluids, lubricants, heat transfer fluids, and insecticides. PCBs were primarily manufactured as dielectric fluid for transformers and capacitors because of their ability to absorb heat, low flammability, low electrical conductivity, and favorable dielectric constant. In fluorescent fixtures, PCB’s were usually found in ballasts either within small capacitor or in the form of a black, tar-like compound.  Currently, heat transfer fluids residing in old transformers and capacitors used in power distribution are the main sources of PCBs. There may also be PCB-contaminated soil in places where transformers and capacitors have been stored or serviced, where transformer fires have occurred, or where PCBs have been sprayed as insecticides.

The Center for Disease Control report that workers exposed to PCBs have developed the following:

Additionally, liver injury was reported in animals exposed to controlled levels.  As a result of these findings, the EPA has classified PCBs as a possible human carcinogen

Because lighting ballasts contain nearly pure PCBs (900,000 ppm or greater), there is surprisingly large amount of harmful material in each ballast. For example, there are more PCBs in a single ballast than are in 125 gallons of 50 parts per million “PCB oil”. This is another reason why ballast recycling is so important, so PCB’s don’t contaminate our soil or waterways.

Don’t know where to turn? Speak with one of our knowledgeable staff and let us help pick the best option for you.